Over 12,5 thousand participants, 1000 speakers and 38 thematic sessions – the 11th edition of the European Economic Congress (EEC) has ended in Katowice. All thematic sessions were grouped into the following blocks:

The European Business Club Poland was represented by President Janusz Cieślak, who took part in the inaugural session and panels such as: “New Union – a young Union: European social challenges and healthy economy”, “Logistics between Europe and Asia”, “The future of EU relations and Great Britain “,” Generational change in business “,” International expansion of Polish companies “,” Poland-China economic cooperation forum “,” Europe, what’s next? Strategic challenges “,” 2050 Poland for Generations “,” Poland in Europe “,” Year of Business Constitution from the perspective of the SME sector “.

The Vth European Congress for Small and Medium Enterprises. 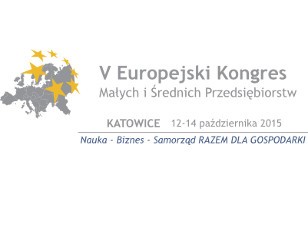 The Vth European Congress for Small and Medium Enterprises took place on 12-14 October 2015 in Katowice. 6000 registered participants including representatives from 35 countries and 44 exhibitors from Biznes Expo took part in 60 congress events. The European Business Club was represented by Mr Janusz Cieślak who took part in the panel discussions presenting the interests of the entrepreneurs – members of our Association.

How to build a constantly growing and effective Polish economy? How to build good relations and what obstacles and challenges are there before SME entrepreneurs? Answers to the above questions and many more were sought by experts from the areas of science, politics, economy and international delegations.
As prof. Jerzy Buzek, a member of the European Parliament and President of the Honorary Committee of the V European Congress for Small and Medium Enterprises, emphasized it is the small and medium entrepreneurs that are the core and the blood stream of the Polish economy. To support this one can look at the data of the state of the SME sector, which were present by Bożena Lublińska-Kasprzak the President of PARP. The SMEs constitute 99% of companies in Poland i.e. 70% of work places and 48% of GDP. The research shows that this sector has a very significant influence on the Polish economy.

“This is a unique edition for a few reasons. First of all this year is the 25th Anniversary of the Regional Chamber of Commerce. Second of all the Congress is being held at the International Congress Centre in Katowice and has gathered a record number of participants – 6000 registered persons.” – summarized by Tadeusz Donocik, President of RIG in Katowice.
The President of the European Business Club participated in the following discussions:
• The attractiveness of the Indian market for Polish enterprises. An example of companies using environmentally friendly technologies.
• Investments in unique solutions. Public funds for innovations 2014-2020.
• Economic disputes-a method for success.
• USA-a new destination for SMEs- the state of TTIP negotiations.
• Money follows ideas-a myth or reality? SME. vs. capital market.
• Meetings with leaders.
• European regions-competition or co-operation.
• One step towards innovation…, so how to improve competitiveness of companies from SMEs.
• The future of my family company-is it only through succession? True stories.
• A partnership co-operation of local governments with SMEs as a way to economic growth.

A result of the carried out debates, meetings, exchange of points of view and experience will be the publication of the conclusions and remarks connected with problems and further possibilities of development of the SMEs sector in the form of recommendations.

On May 7-9, 2014. in Katowice was held VI European Economic Congress. It has been attended by over 6000 participants from all over the world. The guests of the Congress were Prime Minister Donald Tusk, Deputy Prime Minister Elżbieta Bieńkowska – Minister of Infrastructure and Development and Janusz Piechociński – Minister of Economy as well as other Polish ministers and ministers of other European countries.

Congress was also attended by the main negotiators of the agreement between the European Union and the United States. The signing of the Transatlantic Trade and Investment Partnership will mean the creation of the largest free trade area in the world. It will create enormous opportunities for business cooperation on both sides of the Atlantic. Interesting discussion was focused on the most important challenges facing the European continent, in particular the competitiveness of European goods and the creation of a strong European market, unfettered by excessive regulations.
President of the European Business Club Poland Janusz Cieslak participated in the solemn opening and plenary session devoted to the European Global Economic Co-operation and panel sessions devoted to economic cooperation: European Union – United States, European Union – China, as well as on supporting the development of Polish entrepreneurs in the country and abroad, financing investments and development of banking sector in the European Union. He also participated in many other events including the ceremony held by the Polish Agency for Enterprise Development awarding winners or the competitions: “Innovative Project”, “Innovative Business Environment Institution” and “Innovative Entrepreneur”. He have also met, among others, with the Ambassadors of the United Kingdom and France, whom he invited for a meeting with members of our Association. Mr. Cieslak have also established interesting contacts, which should lead to the start of business co-operation of the European Business Club Poland with new domestic and foreign partners. President Janusz Cieslak was invited by the organizers to participate in the next VII European Economic Congress, which will take place in Katowice in 2015. 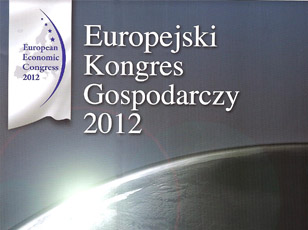 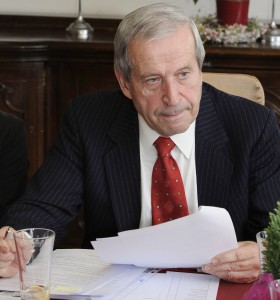