Within the series of meetings with accredited ambassadors in the Republic of Poland members of the European Business Club Poland had a meeting with the Ambassador of the Republic of Ukraine – professor Markiyan Malski and the Minister Councellor dr (PhD) Taras Tokarski in the welcoming Hotel-Restaurant ,,Czarny Kot’’- My Warsaw Residence, upon the invitation of the President Janusz Cieslak.

The Ukrainian guests had given information on the current economic situation in their country and actual status and perspectives of economic co-operation with Poland.

In February  2013 the Ukrainian government had approved a programme concerning the activisation of the economy for the years 2013-2014. Means for the realization of this plan are to derive from the state budget as well as from international financial organizations, from credits guaranteed by the state, from private investments and companies’ own means (value of the programme-380 billion UAH/48 billion USD). 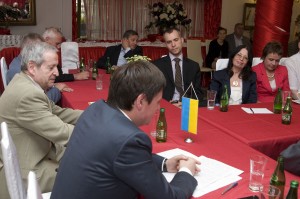 Priorities of the programme: increasing the competitiveness of the economy, improving investment conditions, supporting local producers introducing the policy of import substitution, development of hi-tech industry (rocket-space, aviation), conducting structural reforms in state companies as well as in the infrastructure and communication and the fuel and energy sector. Great priority is to be given to the development of potential export.

Poland is on the the fourth place among the importers of foods and services from Ukraine and on the fifth place among exporters to this country. The balance of mutual turnover is positive for Poland. The main areas of interest for investors are:

In relations with Ukraine Polish entrepreneurs talk about the barriers that exist of systematic nature which make economic co-operation harder. The main barriers are:

A great concern is also the lack of special economic zones. 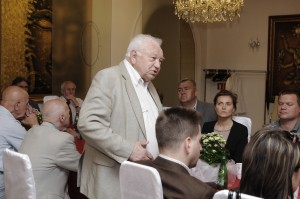 Polish entrepreneurs count on a fast and significant change in Polish-Ukrainian economic relations which will bring opportunities and favourable conditions for their development. This will be possible thanks to consistent support by Poland Ukraine’s European aspirations and possibility of signing the EU-Ukraine association agreement in the current year. Part of this support is the already being carried out by Poland concept of Eastern Partnership.

The currently uneasy Ukrainian market for Polish business is too important and perspective not to benefit from the arising opportunities of co-operation. It is worthwhile to judge them bilaterally as benefits arising concern two very close countries connected by history.

Ambassador of Republic of Ukraine in Poland 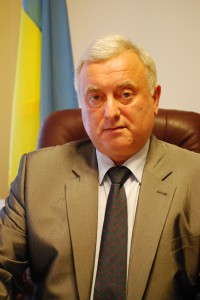 Born on 16th February 1954 in Helenkiv, Kozovski Region, Tarnopolski District. Ph. D. in geography (Territorial economic and ecological problems of using natural commodities and ways of their solution, 1983); docent [associate professor] (1987), doktor habilitowany [professor] of economic studies (Ecological and economic basis for development of territorial economic systems (the problem of theory and methodology of research) 1995), professor 1997, Dean of the Department of International Relations of the Iwan Franko National University in Lvov (since 1992).

Graduate with distinction of the Geography Department (1977), post graduate studies in economic and social geography (1983) at the Iwan Franko National University in Lvov, lecturer in history and geography for international students ((1983-1986), docent (associate professor) at the Institute of economic and social geography (1986), 1992 – Dean of the Department for International Relations, Head of Institute of International Relations and Regional Studies (from 2001 - Institute of International Relations and Diplomatic Service). 1993 – Programme Director at Baltic University (Lvov-Uppsala, Sweden). 1998-2000 – professor- guest at the Center for Security Policy in Geneva (Switzerland), 1992-2002 – lecturer, professor-guest at universities in Great Britain, Canada, Germany, Poland, USA, Switzerland, Sweden, participant of many international conferences, symposiums and meetings. 1996 – participant in a programme for diplomats and researchers “Research on peace and solving of conflicts” (Ministry of Foreign Affairs Sweden, Uppsala). Chairman of the Research Council for defence of thesis at the Iwan Franko National University in Lvov (specializations: political problems of international systems and global development; ethnopolitology). Member of academic councils for defence of thesis in the area of economic science , geography, politics. Since 1994 editor in chief of the Iwan Franko National University in Lvov Bulettin, series of International Relations.

1998 – he obtained the honorary title “People’s Ambassador of Ukraine”. 2002 – a diploma from the Ministry of Foreign Affairs in Ukraine for significant input into educating and upbringing of young Ukrainian diplomacy. Scientific interests: theory of international relations, global and regional security.

He is the Ukrainian Ambassador Extraordinary and Plenipotentiary