The Ambassador of India a guest in the European Business Club Poland. 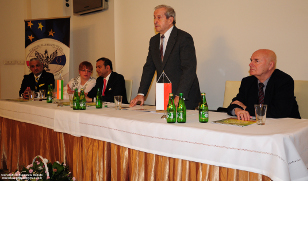 On the 25th of February 2016 at the invitation of the President of the European Business Club Poland the Ambassador of India to Poland – Mr. Ajay Bisaria was a guest of the members and affiliates of the Association. The Ambassador was accompanied by the President of the Indo-Polish Chambers of Commerce – Mr. J.J. Singh. The meeting took place in the hospitable Hotel-Restaurant „Czarny Kot – My Warsaw Residence”.

Upon greeting the guests the President Mr. Janusz Cieślak reminded the gathered people about the friendly bilateral co-operation which had been present for many years and he also discussed the economic relations emphasizing the currently appearing possibilities in its development. 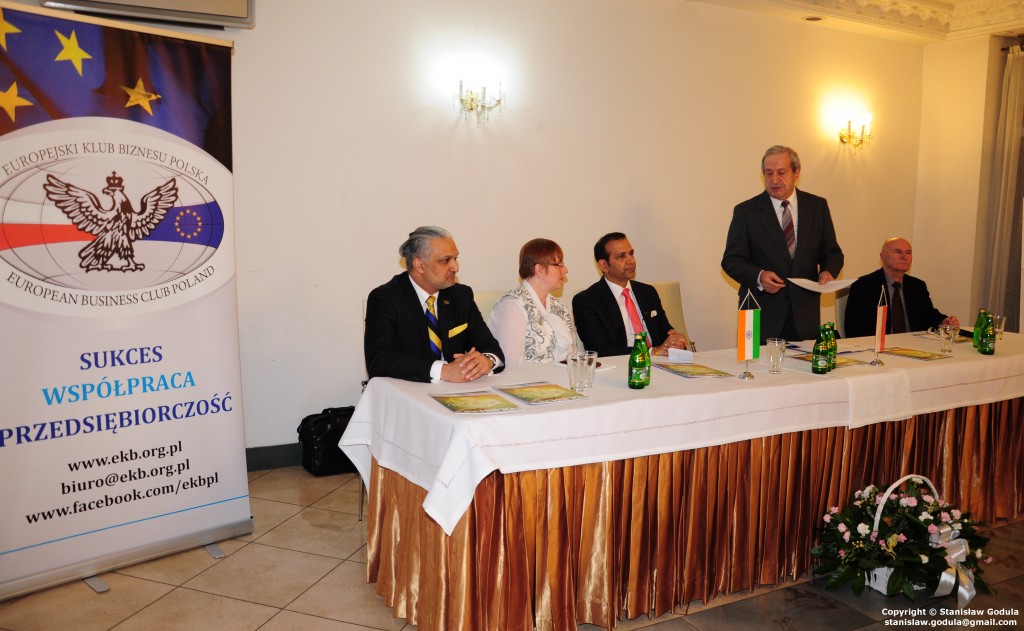 Afterwards the Ambassador Mr. Ajay Bisaria gave an extended presentation on the economic situation of his country and its position in the world as well as put it in the context of current co-operation between our countries. 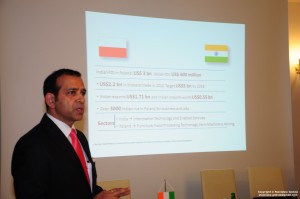 The most important issue which has a significant impact on the development of bilateral co-operation are changes in law being implemented in India due to which bureaucratic barriers will be abolished. He indicated industrial sectors where the co-operation with Poland would have a special meaning i.e.: energy sector, communication technologies, food industry, health sector, chemical industry. He also tried to convince that India is a market for those entrepreneurs “hungry for success” as well as for those looking for professional development. He emphasized that his country is a perfect base for building new, more intensive economic relations or fast development of the ones already existing.

After the Ambassador’s speech a very interesting discussion took place that ended in individual talks of entrepreneurs with our guests. This will surely be helpful in making decisions about co-operation on the Indian market.

His Excellency Ambassador of India to Poland