The Business Forum organised by the Polish Investment and Trade Agency took place on the 5th of October. The event was addressed to Polish entrepreneurs, with a special focus on small and medium sized enterprises, active exporters, those interested in exporting their products and services and those planning and implementing foreign investments. This year’s edition of the PAIH Business Forum was held under the Honorary Patronage of the President of the Republic of Poland, Andrzej Duda. The strategic partner of the event was PKO Bank Polski, and the main partners were Bank Gospodarstwa Krajowego, the Polish Investment Zone and the World For Ukraine Foundation. 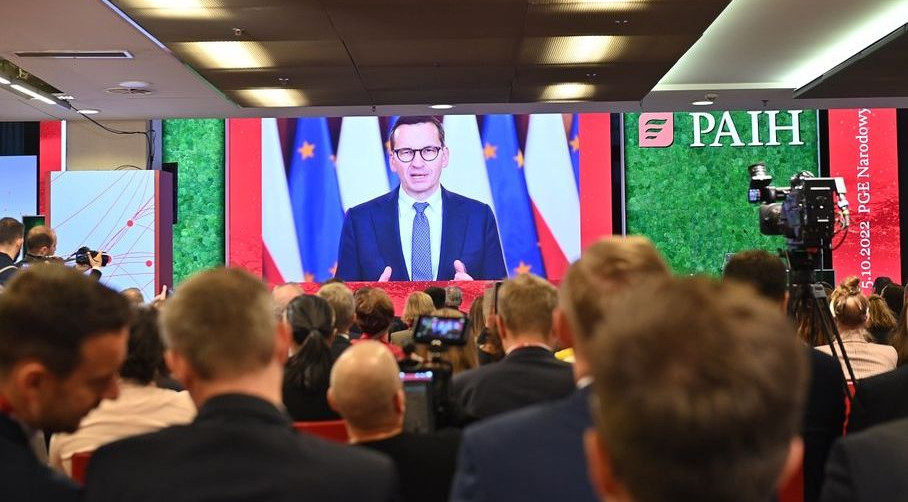 During the Forum’s opening ceremony the Prime Minister Mateusz Morawiecki delivered a message to the participants in the form of a video recording. The event was inaugurated by PAIH’s Chairman Krzysztof Drynda. Among other speakers there were also: the Minister of Development and Technology Waldemar Buda, the Secretary of State in the Ministry of Agriculture Grzegorz Piechowiak, and he Deputy Minister of Foreign Affairs Paweł Jabłoński. As part of the event, a number of discussion panels were held.

European Business Club Poland was represented by the President Janusz Cieślak, who took part in the inauguration of the Forum and a number of discussion panels including:

The President Janusz Cieślak held a number of B2B meetings, among others with representatives of PAIH’s Foreign Trade Offices in the UK, Mongolia and Singapore.

During the event, an agreement was signed between PAIH and KGHM Polska Miedź, the aim of which is to create conditions for the development of the domestic economy and strengthen Poland’s position as one of the largest exporters in the world.

This website uses cookies to improve your experience while you navigate through the website. Out of these, the cookies that are categorized as necessary are stored on your browser as they are essential for the working of basic functionalities of the website. We also use third-party cookies that help us analyze and understand how you use this website. These cookies will be stored in your browser only with your consent. You also have the option to opt-out of these cookies. But opting out of some of these cookies may affect your browsing experience.
Necessary Always Enabled
Necessary cookies are absolutely essential for the website to function properly. This category only includes cookies that ensures basic functionalities and security features of the website. These cookies do not store any personal information.
Non-necessary
Any cookies that may not be particularly necessary for the website to function and is used specifically to collect user personal data via analytics, ads, other embedded contents are termed as non-necessary cookies. It is mandatory to procure user consent prior to running these cookies on your website.
SAVE & ACCEPT