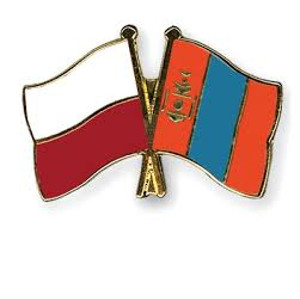 Janusz Cieślak, President of the European Business Club Poland has visited Ulaanbaatar and Beijing for business purposes from July 8 to July 17, 2019.

President of EBC Poland took part in the Poland-Mongolia Business Forum at the invitation of the Ministry of Foreign Affairs. The forum was organized by the Polish Investment and Trade Agency JSC (Polska Agencja Inwestycji i Handlu S.A./PAIH) in cooperation with the Ministry of Foreign Affairs and took place on July 9 this year at the Best Western Hotel – Tuushin in the center of Ulaanbaatar. The event was addressed to companies interested in development of trade and the implementation of investment projects in Mongolia as well as it was aimed to create a space for establishing contacts between entities from Poland and Mongolia, and thus building business ties between the two countries.

There were over 150 people participants of the event – representatives of Polish and Mongolian enterprises representing the following sectors: food, construction (including mining equipment), automotive, medical and electrical as well as institutions (including representatives of the Mongolian Chamber of Commerce) and governments of both countries. The Forum was opened by the Ambassador of the Republic of Poland to Mongolia, Krzysztof Bojko and the Vice President of PAIH, PhD Krzysztof Senger.

Maciej Lang, Undersecretary of State in the Ministry of Foreign Affairs for Security, Asian Policy, American Policy, and African and Middle Eastern policy has also met with the participants of the Forum. The main reason for Minister Lang’s visit to Mongolia was the finalization of the Polish government loan for Mongolia. The loan is intended for the modernization of activities in the field of agriculture, infrastructure, education and environmental protection. The funds are to be used to finance the supply of Polish goods and services to Mongolia. The loan is worth 50 million EUR. Both government parties as well as Forum participants did express and emphasize a hope concerning the potential impact of credit on the development of economic cooperation between the two countries. The Mongolian side was represented by Deputy Finance Minister Bulgantuya Khurelbaatar.

The forum was divided into two parts – a conference part and B2B meetings between representatives of enterprises from both countries.

Speeches delivered by the participants of the first part of the Forum focused mainly on investment issues in the context of the general economic situation of both countries and mutual legislative support and financial tools offered for the development of economic cooperation – both by commercial and state entities. In this part of the Forum, President Janusz Cieślak presented information on the activities of the European Business Club Poland and invited Mongolian companies to cooperate. Representatives of the Mongolian side underlined the potential of Mongolia and its interest in cooperating with Poland. It is, among others, a result of the fact that according to Mongolian sources about 3 thousand residents of Ulaanbaatar studied in Poland and knows our language.

In the second part of the Forum, President Janusz Cieślak had a number of very interesting meetings with Mongolian entrepreneurs from the commercial, agri-food, mining and wood industries.

In parallel with the Business Forum Poland – Mongolia, the Foreign Trade Office of PAIH had its official opening in Ulaanbaatar. The Mongolian branch of PAIH, which has been operating for six months already, is actively involved in promoting and supporting the economic presence of Poland in Mongolia. Also, the University of Warsaw and the State University of Mongolia has signed a mutual cooperation agreement.

Furthermore, There was a ceremony of handing over to National Emergency Agency of Mongolia (NEMA) 15 vehicles (13 fire trucks and two command vehicles) produced by the Polish company Stolarczyk Fire Technology under the Polish-Mongolian linked loan. Thanking the Polish side for the successful fulfillment of the contract, the head of NEMA, General Badral Tuvshin, expressed the hope that cooperation will continue.

In the evening, Ambassador Krzysztof Bojko hosted a banquet where the business discussion were continued.

On July 10, 2019 President Janusz Cieślak has held subsequent meetings with entities interested in establishing cooperation. Some of the meetings took place outside Ulaanbaatar.

On July 11, the President of EBC Poland took part in the opening ceremony of Naadam – a traditional, annual sports festival and one of the main national holidays in Mongolia. In 2010, Naadam was incorporated into the list of intangible cultural heritage of UNESCO. Naadam is also known in Mongolia as erijn gurwan naadam (эрийн гурван наадам), meaning “three male games”, as it traditionally includes three competitions: wrestling, arrow shooting and horse racing.

On the way back from Mongolia, President Janusz Cieślak stopped by for a few days in Beijing. During the visit, he had a number of meetings with Chinese entrepreneurs interested in cooperation with Poland, in particular in the food, furniture and textile industries.