Ninth edition of the European Economic Congress in Katowice 10-12 May 2017.

The IX edition of the European Economic Congress  has ended in Katowice. It is the biggest economic event in our part of Europe. For three days the attention of politicians and business people was focused on Silesia and the International Congress Centre in Katowice. 132 session, 700 speakers, over 9 thousand participants including 660 media representatives those are the numbers picturing the scale of the event.

The representatives of Polish government , EU administration , national and European parliament, ministers and deputy prime misters from Europe and the world as well as presidents of the biggest companies, experts and leaders of opinion took part in the EEC 2017. The European Business Club Poland  was represented by Janusz Cieślak-the President. The topics that were discussed were the future of the European Union, unstable situation in the world, deep changes in the economy, industry, trade and the dynamic development of technology. All that within the perspective of companies and people who create them.

The opening session “Other Europe in the other world” with the participation of former prime minsters of Poland, Czech republic, Slovakia and Lithuania, Jerzy Buzek, Jan Fischer, Mikulas Dzurinda and Andrius Kubilius, Konrad Szymański, secretary of state for EU affairs in the Ministry of Foreign Affairs was to answer the question about a new vision of Europe in the context of the latest political changes tilting the Old Continent in the direction of populism and isolationism.

The economic landscape after Brexit, the probability of other decentralizing movements inside of the European Union or the realization of the two speed Europe these are according to the participants’ diagnosis few of the most important challenges with which Poland and Europe will have to cope with.

The politicians also tried to answer the question what does the Central and Eastern European region needs in order to effectively make up for the distance between us and the developed Western countries.

The Deputy Prime Minister Mateusz Morawiecki who participated in the IX European Economic Congress admitted that Upper Silesia is a the “technological heart of Poland”. It is here, according to the Minister of Development, that entrepreneurs see a particular sense of investment in innovative solutions. He emphasized that the participants of the Congress know that a good time for investments is coming.

At the same time the European Start-up Days took place in Spodek Sports and Entertainment Area and were visited by over 2.5 thousand people. The EEC-Leaders of Tomorrow also had its continuation and was very common among students. 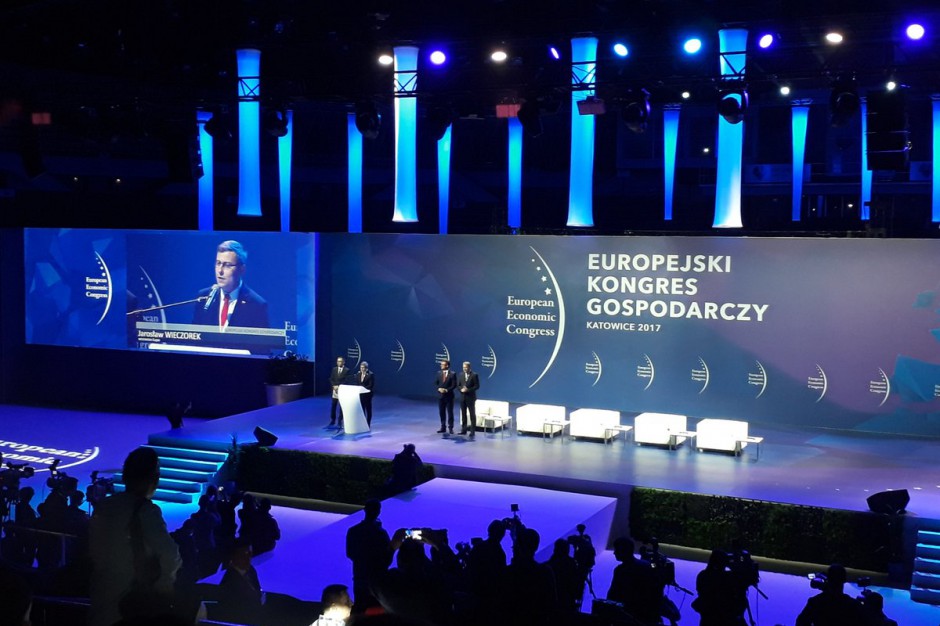