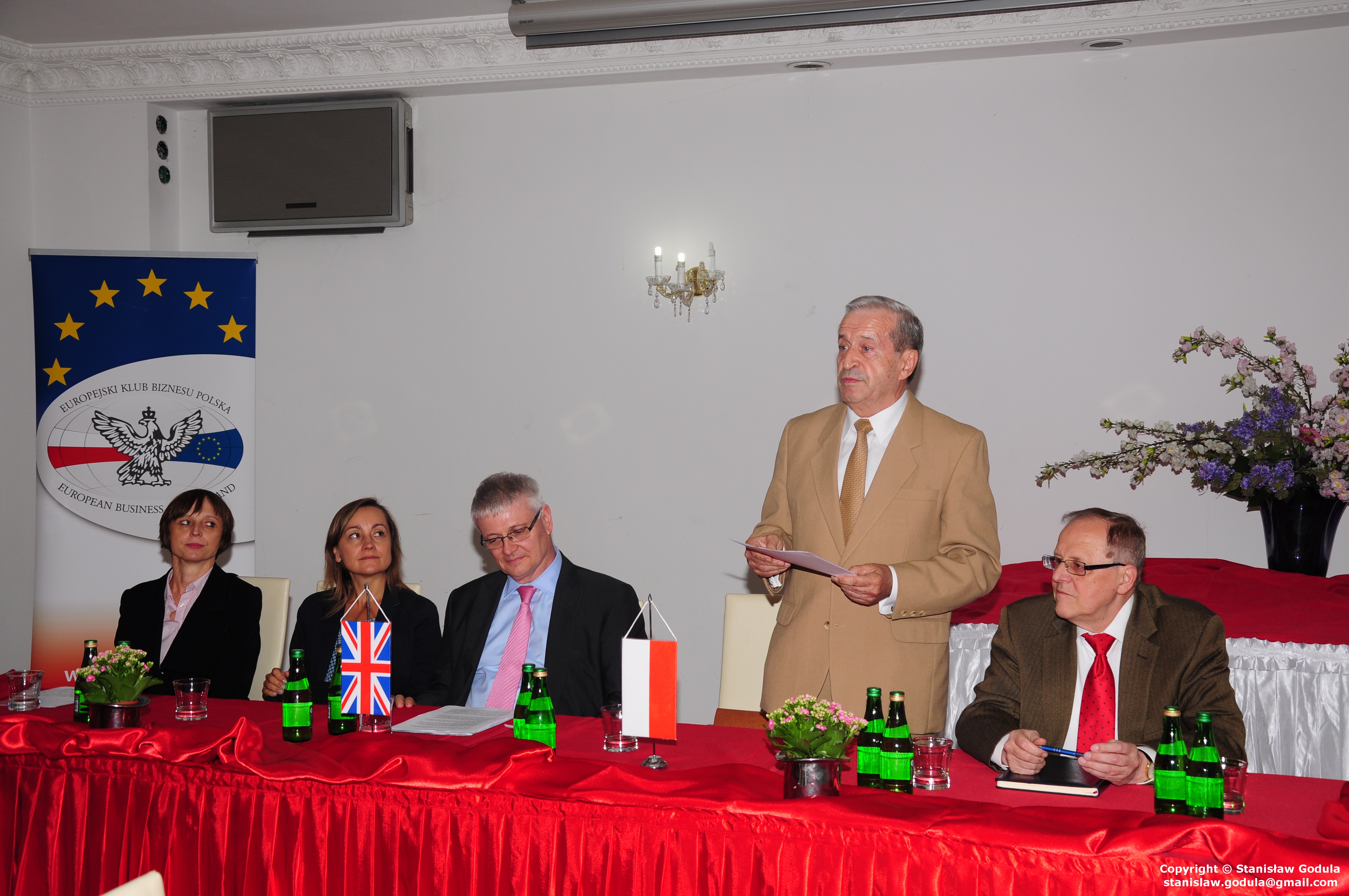 At the invitation of the President Janusz Cieslak on October 6, 2014 European Business Club Poland hosted visit of the British Ambassador to Poland, HE Robin Barnett. During his welcome speech President Janusz Cieslak pointed out, inter alia, that it is Ambassador Barnett’s third time full diplomatic mission in Poland and is one of the greatest friends of our country.

In his speech Ambassador Robin Barnett stated that Poland is by far the most important trading partner for the UK in Central Europe. Trade is very lively and is growing more and more rapidly. Polish accession to the European Union resulted in a significant increase in trade between the two countries. Currently, the UK market is, after Germany, Polish second largest export market. So far, export to the UK was conducted in the majority by large corporations. Recently we can observe a change in this trend. More and more Polish companies operating at UK’s market are small and medium size companies which also begin to export their goods and services. Ambassador Robin Barnett pointed out two factors that undoubtedly contribute to the expansion of Polish products and services to the UK market. From May 1, 2004, more than half a million Poles have permanently emigrated to the UK and consequently the Polish language became the second, after English, the most used in the UK. Second factor is that the Polish businesses opened up to new opportunities and they offer more competitive products and services, which is appreciated in the global markets.
The Ambassador stressed that the United Kingdom is one of the most attractive markets for investors in the world. It is also appreciated by our entrepreneurs. Currently the UK there is operating sixty thousands of Polish companies.
The overriding objective of the Embassy is supporting key British companies interested in involvement in strategic projects in Poland. Embassies staff is focused on six sectors in which British companies have a lot to offer. These are: energy, transport infrastructure and water, the defense sector, the service sector, particularly financial, health care, and advanced engineering technologies.

After Ambassadors speech there was held interesting discussion, during which Ambassador answered numerous questions.

Ambassador Robin Barnett promised to meet with members of the EBC Poland also next year.

The Ambassador represents Her Majesty The Queen and the UK government in the country to which they are appointed. They are responsible for the direction and work of the Embassy and its Consulates, including political work, trade and investment, press and cultural relations, and visa and consular services.

Biography Robin Barnett arrived Warsaw in July 2011 to take up his appointment as British Ambassador to Poland. His previous career has concentrated on Central and Eastern Europe and multi-lateral diplomacy. This is his third posting to Poland which he remembers from the times of both martial law and NATO accession. Robin’s third arrival coincided with Poland’s first ever EU Presidency.

Robin began his career in the Foreign and Commonwealth Office in 1980 as Desk Officer for Indonesia and the Philippines. In addition to Poland, he has been posted to Vienna, New York and Bucharest, where he was Ambassador. He has also served as Director of UK Visas and Managing Director of the Business Group in UK Trade and Investment

Robin studied Law at Birmingham University. He has a son and a stepson and is a great admirer of Sir Alex Ferguson and a supporter of Manchester United. To read the information about the meeting click here.