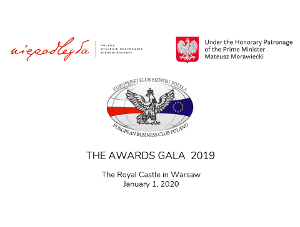 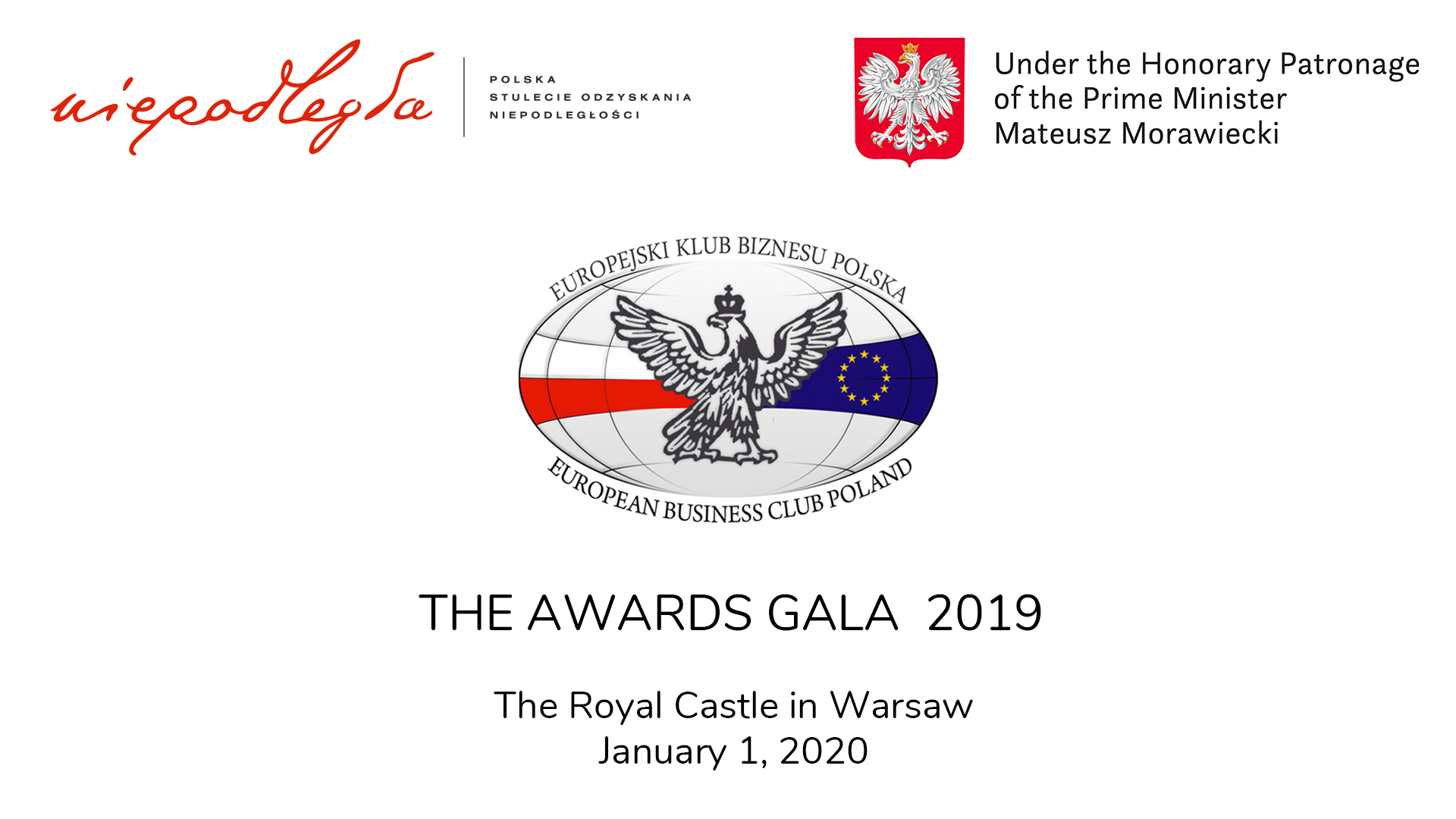 For the fifth time in European Business Club Poland history, the EBC Poland will honor people and companies that have contributed in a special way to the development of entrepreneurship, economy, science, culture and sport in Poland, and who have achieved European and global success. The goal is to build the prestige and high position of the business environment in Poland and promote business initiatives, entrepreneurs, companies, institutions, organizations and social activities. The Chairperson of the award jury is Ph. D. Elżbieta Mączyńska, President of the Polish Economic Society, Member of the National Development Council. All laureates, especially in the light of the justification of the awards, are the best example of the successful professional but also social issues activity; their actions for local or industry communities are a role model activity, worth making it known also to the public. The event will gather guests from whole Poland and from abroad, including entrepreneurs, diplomats accredited in Poland, MPs and senators as well as representatives of the world of culture, sport and the media.

This year’s Gala is being held under the honorary patronage of Prime Minister Mateusz Morawiecki. As in the previous year, the event has been included in the list of projects implemented as part of the Centenary of Regaining Independence and the reconstruction of Polish statehood celebration, and it uses the visual identity of the “Independent” Multiannual Program.

The awards of the European Business Club Poland are honorary and will be presented in six categories:

as well as prizes in five equivalent categories:

SIGNUM TEMPORIS 2019 SIGN OF THE TIME awarded for cultivating traditions, innovative activities and services in the field of promoting European integration and the development of civil society;

PRO FUTURO 2019 FOR THE FUTURE awarded for merits in supporting the development of entrepreneurship, economy, science, culture and sport;

The European Business Club Poland approaches business issues holistically. It recognizes the importance of all the spheres of social life that are significant for the development of entrepreneurship: culture, science, sport, media and the whole environment. Such comprehensiveness means synergy of business activity with other fields, as a result of which there is a comprehensive development of society, humanitarianism and improvement of the standard of living, and this is what the development of entrepreneurship is intended for. The Association adheres to its principles and the system of values and ideals, which are: culture, ethos, morality, ethics and social solidarity. The European Business Club Poland awards are the impersonation of these values.

Among the Honorary Patrons there are also: the Ministry of Development, the Ministry of Maritime Economy and Inland Navigation, Polish Investment and Trade Agency, Polish Chamber of Commerce, Polish Agency for Enterprise Development, Polish Economic Society, Employers of Poland, Association of Entrepreneurs and Employers.

The Main Partner of the event is the Industrial Development Agenc.y

The Strategic Partner is Port of Gdynia.

The partner is the Royal Castle in Warsaw.

Traditionally, the Gala will be hosted by the editor Przemysław Talkowski, winner of the BENE MERITUS 2015 AWARD.

The Gala will be concluded with the celebration at the Kubicki Arcades during which the Materialize bicycle will be presented; the bicycle is the winner of the main prize at the world custom bike exhibition in Las Vegas and it will be presented by Adam Zdanowicz, the creator of the MAD Bicycles start-up winner of the SIGNUM TEMPORIS 2016 SIGN TIME award.