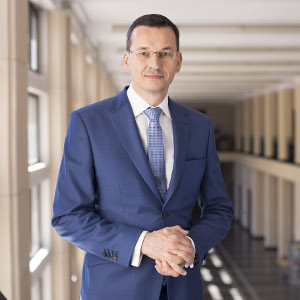 The European Business Club Poland in a very positive manner opinionates the proposals for change in assumptions made in the Vice Prime Minister’s (Mateusz Morawiecki) Constitution for Business. Any solutions that facilitate activities of Polish entrepreneurs are always welcomed and can count on our support. From the moment our Association was established we stated many times that various legal barriers and an array of unclear and sometimes contradicting legal provisions are an immense barrier in the development of the Polish economy. It appears that our voice has been heard.

Without a doubt The Constitution for Business is a long awaited  document by entrepreneurs. It is very lengthy therefore here we would like to draw your attention only to a few of its aspects.

With particular satisfaction we welcome the announcement to create a spokesman for entrepreneurs. This demand has been raised by the European Business Club Poland already in 2013 and was specified in the bill’s draft written by the lawyer Wojciech Błaszczak, who was then a member of the Board of the Association. Despite introducing the document to representatives of Parliamentary Clubs at that time it was only supported by one political party. Now it has a chance to come into force which we hope will happen.

Mentioning the famous so called “Wilczek Bill” according to which what is not prohibited is allowed we take as a step in the right direction. This rule is connected with the above mentioned stability of law. Similarly we look at the proposal to introduce the rule of “Institutions’ silent agreement” or interpreting unclear situations on favour of the entrepreneur, and not how it has been until now – exactly the opposite.

In an optimistic way we look at the proposal of penalties used by the Institutions which will be adequate to the wrongdoing. It definitely builds a sense of justice and creates good positive relationships between the state and entrepreneurs. We also hope that this will liquidate commonly occurring cases when for little wrongdoings (i.e. a mistake in the invoice in the amount of few groszy) a penalty was imposed which was many times higher than possible losses of the state treasury and disproportionally high to the mistake made.

It is also import to create a common committee of the parliament and entrepreneurs as a constant discussion forum between the ministries and representative of entrepreneurs. It will be responsible inter alia for giving opinions on legal acts important for economic activity and coming up to common solutions. The European Business Club Poland supports the suggestion of prof. Elżbieta Mączyńska – President of the Polish Economic Society to expand this committee by representatives of non-government institutions.

However, the most important from our point of view is the emphasis on building partnerships between the state and entrepreneurs based on mutual trust and “friendly neutrality”. Upon the assumptions made in the Constitution for Business one can draw conclusions that there is a change in perceiving entrepreneurs  – finally it was understood that they are a solid base for building wealth and development of Polish society.

The European Business Club Poland wishes the Vice Prime Minister – Mateusz Marawiecki determination and success in implementing the proposed changes as quickly as possible especially due to the fact that they are needed “for yesterday”. It has to be emphasized that the idea of the Constitution for Business is noble, however its realization in practical terms will be the most important i.e. the introduced drafts of legal acts deriving from the Constitution.