8th BUSINESS WITHOUT LIMITS Congress in Jasionka near Rzeszów.

On June 23-24, 2021, the BUSINESS WITHOUT LIMITS Congress was held for the eighth time at the G2A Arena Exhibition and Congress Center of the Podkarpackie Province in Jasionka near Rzeszów. The concept of business without limits, driven by development, provides a platform for discussion on general economic issues. The issues raised during this year’s event corresponded to the current visions for the development of key sectors of the economy, including aviation and automotive, and touched upon important aspects of communication, media, global community, climate as well as the new capitalism and the world in which COVID entered – of course, all in the context of business and economy. This year’s edition of the Congress was organized as part of the celebration of the 5th anniversary of the G2A Arena functioning, as intended by the organizers, as their business card. 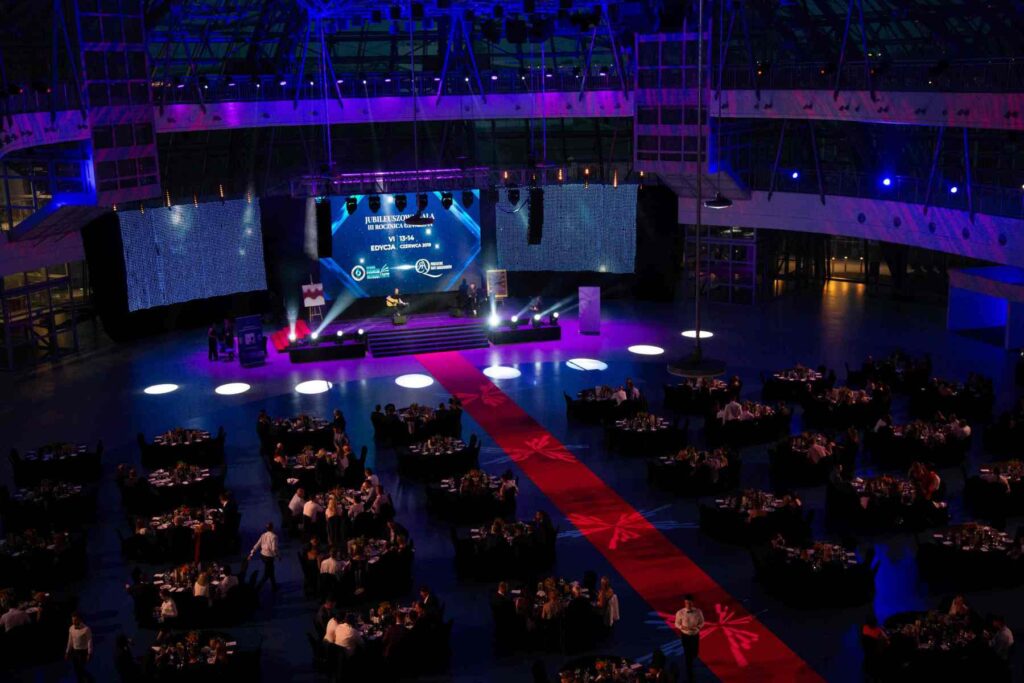 The European Business Club Poland was represented by the President, Mr. Janusz Cieślak. the following panels:

Leadership during transformation – the role of a leader in crisis;
Transformation of the meetings industry – directions of development of the event industry;
The future of online media;
The business world in 20, 20 years.
The silver generation on the attack – that is, about the consequences of a rapidly aging society.
During his visit to Rzeszów, President Janusz Cieślak also met with Mr. Adam Hamryszczak, President of the Management Board of the Rzeszów-Jasionka Airport Spółka z o. O. 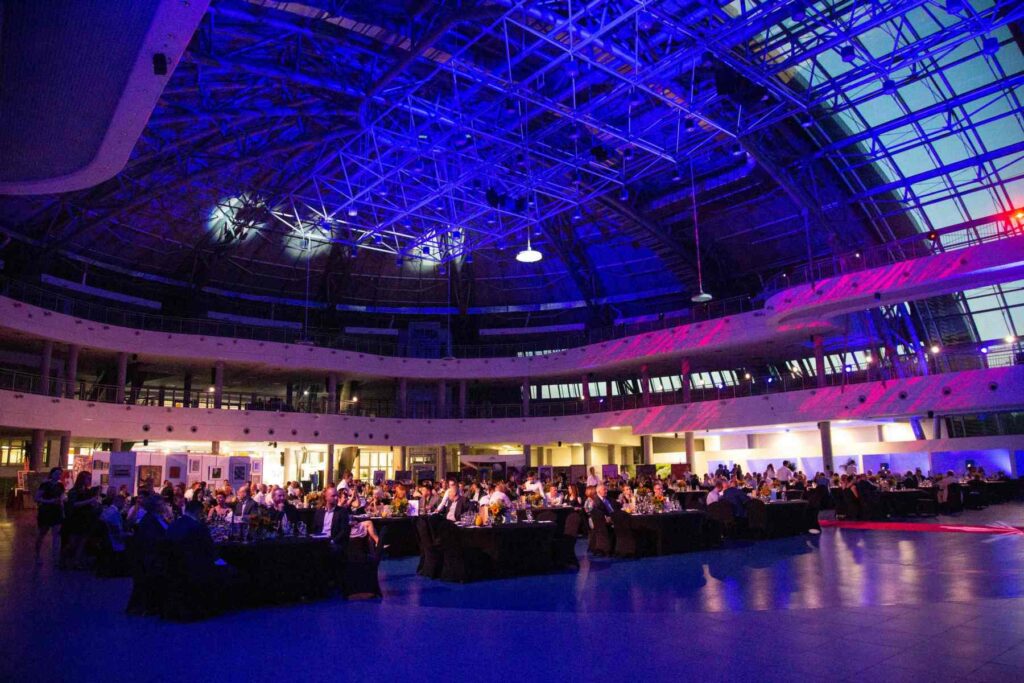 Congress 590 in Jasionka – discussions on the future of the economy. #IChoose590 means I choose Polish products!

The Congress 590 was held on October 7-8, 2019. The event, that was organized for the fourth time, was attended by many representatives of the world of politics, business, culture, science and non-governmental organizations. The European Business Club Poland was represented by its President Janusz Cieślak.

Congress 590 is one of the most important economic events in Poland. As the organizers emphasize, the meeting is a unique forum for exchanging experiences, ideas and contacts. How to consolidate development trends driving the Polish economy? Can you follow your own path during the great struggles of economic power? How must the whole country change so that it can grow business? – these are just some of the questions that the participants of the 4th edition of the Congress were looking for answers. The event is patronized by the most important state institutions, including the President of the Republic of Poland and the Prime Minister. 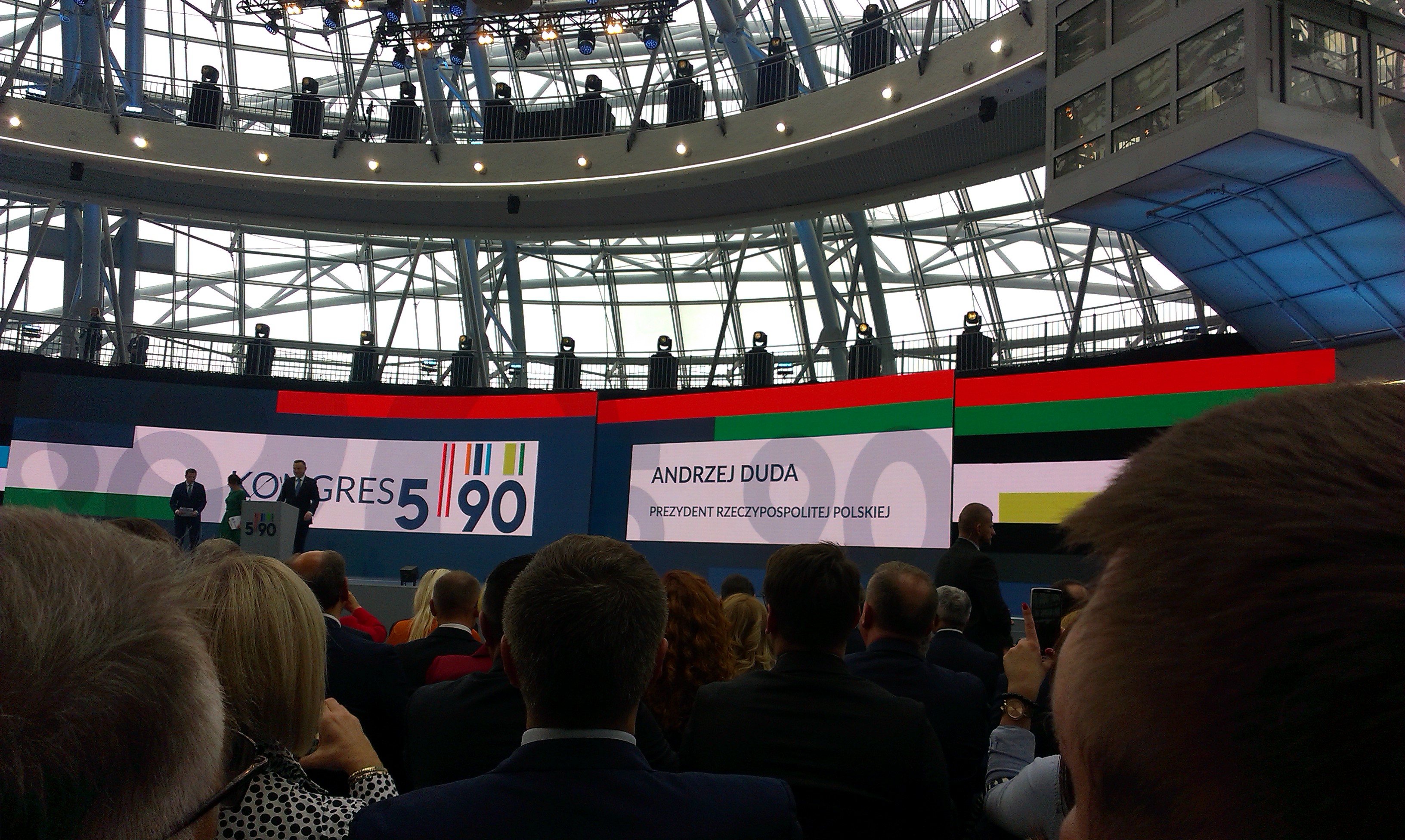 Several thousand participants not only from Poland but also from abroad came to the Exhibition and Congress Center of the Podkarpackie Voivodeship in Jasionka near Rzeszów. The opening ceremony took place on Monday. The Congress was inaugurated by the President of the Republic of Poland Andrzej Duda, who on the first day of the Congress delivered an inaugural speech and presented the Economic Awards of the President of the Republic of Poland to the best Polish companies.

Traditionally, there were many very interesting guests from around the world in Jasionka. This year they were, among others prof. Bent Flyvbjerg – Better Megaproject Managementgen and Robert Enslin President, Global Customer Operations, Google Cloud – Digital transformation with Google Cloud, who delivered keynote speech.

In addition to participating in the inauguration of the Congress and listening to the keynote speech, the most important panels attended by President Janusz Cieślak were:

Plenary session – I Choose 590 – took place for the second time. This is part of the Educational Campaign #IChoose590, which aims to persuade Polish consumers to consciously choose Polish products. Any shift of purchases by 1% from the group of goods and services purchased, produced abroad by a non-Polish company to the group of goods and services produced in the country by a Polish company would mean an additional PLN 6.6 billion remaining in Poland, according to a report prepared by Grant Thornton for campaign #IChoose590. “We simulated the impact of changing consumer habits on building domestic savings. It turns out that each shift of purchases by 1% from Group 4 [foreign company, production abroad] to Group 1 [Polish company, production in Poland] would mean an additional almost PLN 6.6 billion remaining in Poland, which would increase the investment potential of companies and public sector and increased the purchasing capacity of Polish consumers, ” states a report presented at Congress 590. 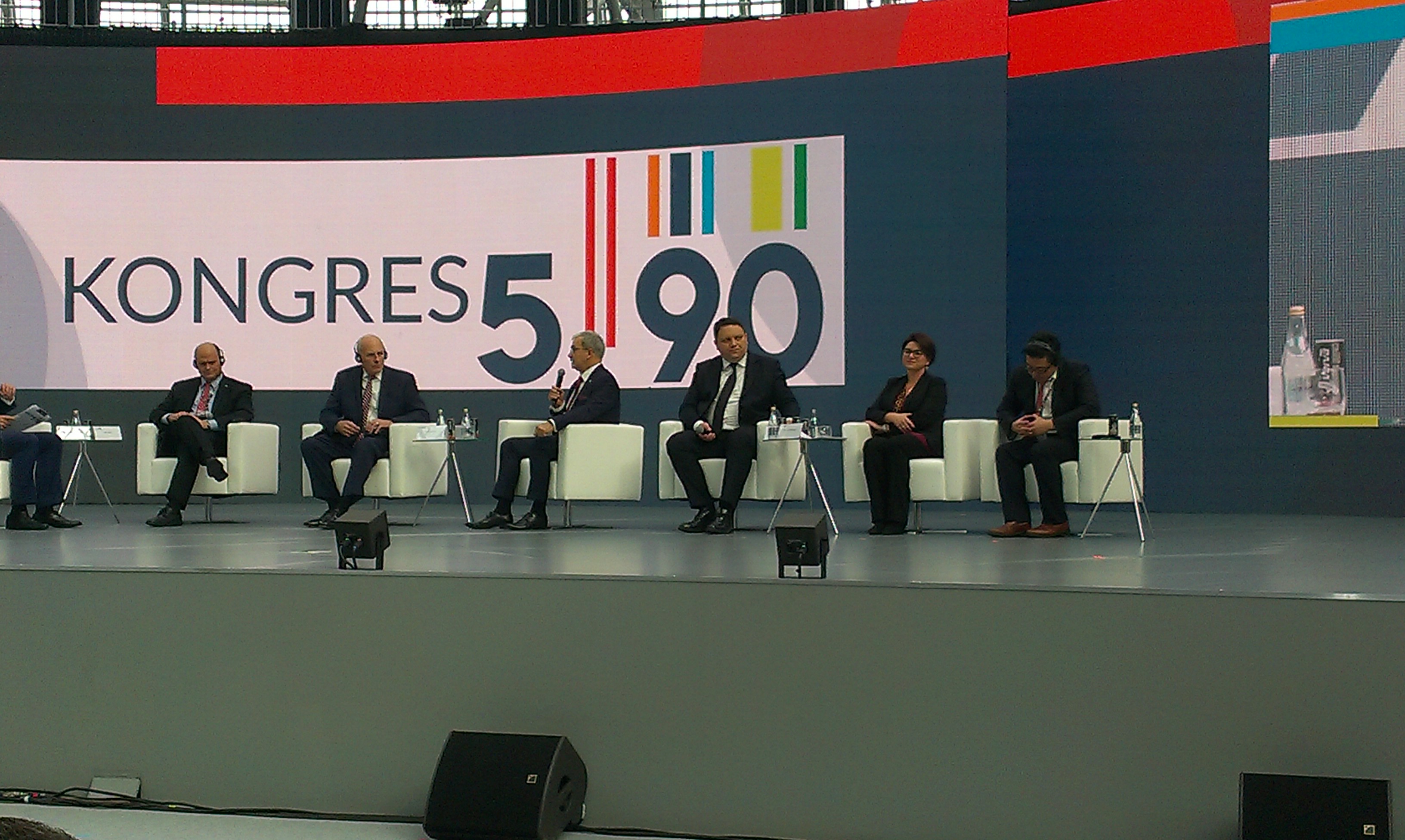 The two-day event provided a number of conclusions and practical solutions. Jasionka is becoming an important place of dialogue for many communities about the economic future of our country. 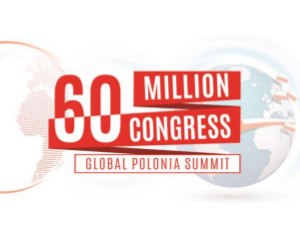 “60-million Congress – the Global Congress of the Polish Diaspora” was held from 30 May to 1 June 2019 in London. The theme of the Congress was the integration of Polish business environments within the country and beyond its borders. The name of the Congress corresponds with the total number of Poles living in the world. The inauguration of the Congress took place in 2018, on the hundredth anniversary of Poland regaining its independence and was an excellent opportunity to meet with the Polish community and discuss the current place of Poland on the world map and our position in international relations, with particular emphasis on their economic dimension. The intention of the organizers of the Congress was to define the current status and nature of cooperation between Polish business, scientific and cultural centers in the country and abroad, as well as to determine the importance of this cooperation, together with its benefits. The main purpose of the debate during the meeting was to identify those levels of cooperation, which remain a useful base for developing and strengthening already existing relations, as well as searching for new areas of joint actions that are significant from economics and image-related point of view. There are six consecutive meetings of the 60 Million Congress in 2019 and they are held in six different cities in four countries on two continents, therefore the concept of the business Polonia will reach a very wide audience.

The panel topics included: “Brexit – challenges and opportunities – a new political perspective”, The impact of Polish-British diplomatic relations on building a Polish community in Great Britain “,” Polish brands on international markets – building the brand Poland “,” The role of Polonia culture and media in the promotion of Poland. “

The Congress in London showed that creating a platform for the integration of Polish people representing different fields with Polish diaspora is indeed needed and gives a space for discussions on topics important for Poland and the world. The Congress was a time of inspiring debates full of substantive speeches and conversations. Among the guests of the London edition of the 60 Million Congress were: Government Plenipotentiary for international dialogue Senator Anna Maria Anders, Member of the Parliament of the United Kingdom Daniel Kawczyński and former British Ambassador to Poland Robin Barnett . Inauguration of the Congress took place at the Embassy of the Republic of Poland in London, and was made by Arkady Rzegocki, PhD Ambassador Extraordinary and Plenipotentiary of the Republic of Poland in the United Kingdom of Great Britain and Northern Ireland.

Both the subject of the speeches, the participation of eminent specialists in their fields as well as the level of discussion meant that the 60 Million Congress was an event at a high substantive level and an opportunity to reflect on ways of integrating Poles.

The congress was concluded with accompanying events – a boat cruise and a Golf Tournament for a cup of 60 MLN.