Chairperson of the Parliamentary Committee for Support of Entrepreneurship and Economic Patriotism, MP Adam Abramowicz is the guest of EBC Poland.

On the 1st of June 2017 upon the invitation of the President-Janusz Cieślak the guest of the European Business Club Poland was the Chairperson of the Parliamentary Committee for Support of Entrepreneurship and Economic Patriotism, MP Adam Abramowicz. 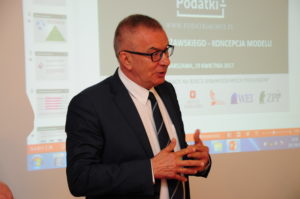 When introducing the guest President Janusz Cieślak emphasized that since 1990 Adam Abramowicz is an entrepreneur.

MP A. Abramowicz introduced a new proposal of changes in the tax regulations upon which the  parliamentary committee worked under his leadership. The project is called the “Dzierżawski Bill”l and is a modified version of the project of reforming the public finances worked out by Krzysztof Dzierżawski in 2001. It includes major reform in the tax system in Poland and its main changes are the following:

-elimination of contributions for ZUS, PIT and CIT as well as introduction of one tax for natural persons conducting business activity in the amount of 25% of the whole of pay fund;

– lowering of cost of labour by the proposed tax changes;

– an increase in remuneration for employees by 25%;

– lowering of the contributions to ZUS up to the level of 550 PLN monthly;

–  introduction of 0,49% tax rate for revenues of banks and financial institutions as well as 1,49% for companies;

-taxation of payable dividends with a rate of 25%

-introduction of tax rates from revenue without the possibility of deduction of any tax deductable expenses. Tax rates would vary depending on the type of activity and would range from 3% to 15%.

– elimination of so called „tax optimalisation” and introduction of a rule that all companies pay taxes.

– elimination of the pathology of obtaining VAT for ex ample in connection with VAT carousel;

– elimination of the escaping of paying CIT

During his speech Adam Abramowicz stated that the current tax system is too complicated and ineffective. This causes various abuses and situations in which some companies pay taxes and other effectively avoid them. At the same time he emphasized that the bases of functioning of a strong state is an efficient economy and in Poland about 60% of income in the budget is worked out by small and medium companies. That is why it is the role of the State to support those companies and create such a tax system which will be favourable to them. At the end of his speech MP Abramowicz quoted the words of an American economist, the winner of the Nobel Prize in economy in 1976 Milton Friedman. He, during a lecture for the Civil Parliamentary Club given during his visit to Poland in 1989 said that “Poland should not follow into the steps of rich western countries because it is not a rich western country. Poland should follow the solutions which western countries had when they were as poor as Poland.” 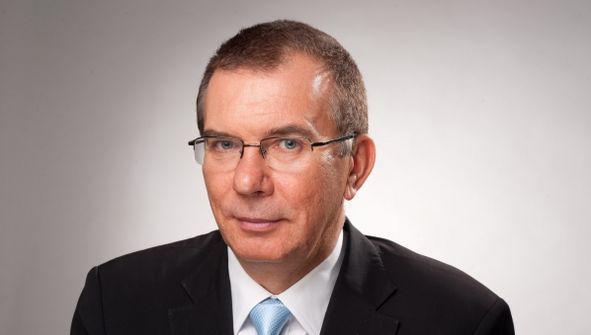 Member of Parliament for the VII term Adam Krzysztof Abramowicz, 55 years old, wife Maria, five children. He was born in Biała Podlaska. There he finished his elementary school (Szkoła Podstawowa nr 1) and secondary school (LO im. Kraszewskiego). He studied at the Faculty of Mechanical Engineering of the Lublin University of Technology where he graduated with an Engineer  Master’s degree. He also completed post graduate studies at the Faculty of Sanitary Engineering at the Wrocław University of Technology. One of the founders of the Independent Student’s Union at the Lublin University of Technology. In 1986-1989 he worked in the Provincial Waterworks and Sewerage Enterprise in Biała Podlaska as the dispatcher of sewage treatment plant. Since 1990-entrepreneur. President of the Board of Network Retailers Our Shops. A co-founder and long term President of the Chamber of Commerce of New Entrepreneurship. A member of the Council of Polish Chamber of Commerce. He was the founder of the local group Society of Friends of Restraint and Labor in Biała Podlaska. Councilor in the City Council in 1998-2002, president of the Councilors Club. He took part in the first direct elections for the post of the President of Biała Podlaska in 2002. In 2006 he took part in the elections to the City Council and president elections he went through to the II round. Obtaining the best election result he became a councilor in the City Council in Biała Podlaska. In the City Council he was the Vice Chairman. In 2007 he took part in the parliamentary elections obtaining 11,970 votes which allowed him to become a member of parliament. In the elections in 2011 he obtained 12,708 votes. As an MP for the VI term he took part in the works of the Economic Commission and Infrastructure Commission as well as in the works of the subcommittee for innovative economy and development of small and medium enterprises, where he was the Vice Chairman. He was also the Chairman of the Polish-Italian Parliamentary Group and Vice Chairman of the Polish-Israeli Parliamentary Group. In 2015 he got of 10,500 votes. As the Member of Parliament for the VII term he works in the Commission for European Union Issues, The Administration and Internal Affairs Commission, Parliamentary Committee for Resources and Energy.